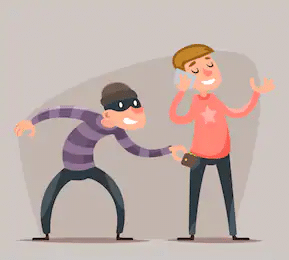 I was on a bus heading downtown in Manhattan when I saw a young man pick an older man’s pocket.  At the next stop, the young man and several cronies got off and beat it down the street.  I continued downtown feeling uneasy and then switched to a crosstown bus at 42nd Street.  At the next stop, the young man and his cronies reappeared.  I thought about it for a couple of seconds and then announced, “There’s a pickpocket on the bus!”  Next stop, the crew got off again, glaring at me.

I wore that experience as a minor badge of courage for some months until I read that a tactic pickpockets use is to announce, “There’s a pickpocket on the bus.”  Why?  Because everybody grabs their wallet or purse, thereby revealing just where the goods are.

In recent years, the tables have turned.  Having developed a specialty in fundraising, I am now viewed as being among the pickpockets.  You know, a professional beggar squeezing the last drop from a lemon, a glad hander hoodwinking you to give until it hurts.  So — fair warning — grab your purses and wallets, there’s a fundraiser on the loose!

Thirty-five years ago, Naomi Levine, then Executive Director of the American Jewish Congress, was recruited by Laurence Tisch to be the Senior Vice President of New York University (NYU) in charge of development.  Over a 20-year career at NYU, Levine raised $2.5 billion.  Washington Square was transformed by new buildings,  among them a library, student center and an arts facility.  The amounts raised annually for NYU went from $20 to $345 million.  Now that woman is a fundraiser!

But Levine tells a story about visiting her mother in a retirement home in Florida.  At the door, her mother begged her not to reveal what she did, but to introduce herself as the lawyer she also was.  A fundraiser in the family, implored to keep her identity under wraps, despite her enormous success.  Better an anonymous lawyer than a famous fundraiser.  Protect your pocketbooks my friends.

I’ve noticed in my work with ESC, that fundraising is saved for last in our consultations, if it’s included at all.  Begin by admitting that talking about money is a taboo topic in our society.  Avoidance, denial, embarrassment and resistance rule the day.  Last fall a friend was asked to speak about stewardship at her church.  There were, however, restraints attached.  The purpose would be not to specifically talk about the financial needs of the church, but rather all of the good things the church is doing.

One might ask how it is possible for a church to do all those good things in the absence of finances?  Some may recall what a news reporter asked a colleague at blast off in the movie, The Right Stuff.  “I wonder what makes that rocket go up?!”  “Funding my friend,” his partner answered, “Funding.”

In her book, The Greater Good, Claire Gaudiani asks us to try to imagine what our social landscape would look like if it were not for charitable giving (and dare I add, fundraising?).  Empty plots where great research hospitals might stand.  Silence in non-existent symphony halls.  A lack of libraries, synagogues, churches, mosques, family shelters, homes built by Habitat for Humanity.  There would be barely a trace of the good things charitable organizations do for our society.

It is to the detriment of the greater good that we are loath to talk about money, finances, and fundraising.  But what if — contrary to avoidance, denial, and resistance — we put another frame around this picture?  Hank Rosso, a founder of Indiana University’s School of Philanthropy, suggests instead that we understand “fundraising as the gentle art of teaching the joy of giving.”

Really?!  Where does that come from?  How might we get a taste of that?  How can we find joy in giving as opposed to anxiety and avoidance?

I remember experiencing such joy at a Habitat for Humanity project.  I was installing insulation on the second floor (itching, coughing, quietly cursing) when two little girls came up the steps.  Smiles exploded across their faces when they were told this was going to be their bedroom.  How glad I was (through a veil of fiberglass) to be giving.

Recently I visited my 98-year-old mother.  She asked me to reconfigure how to dole out what money might remain in her modest estate at the end.  For my sister-in-law, an angel, yes; for her grandsons, yes, equal shares; all as previously planned.  But now out of gratitude for the loving attention given by one of her caregivers, my mother wants a portion set aside for her as well.  There is joy in that giving, even as I witness it, a son too far away to do what the caregiver does.  Good choice Mom.  The right choice.

If our first response to fundraising is to shout a warning and protect our pocketbooks, how much meaning and joy will we find in our giving?  If it feels good to give, well then, give with an open hand and an open heart.  Invite others to do the same.  Give in glad and full measure to people, causes and organizations which are devoted to the greater good of the human enterprise.  And then, watch those rockets go up. 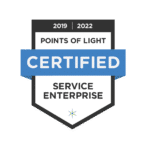 Many of Massachusetts’s biggest companies do not have a single Black board member bostonglobe.com/2020/08/08/bu… via @BostonGlobe

About a month ago · reply · retweet · favorite